At the end of January 2016, the Norperuano Oil Pipeline, which transports oil from the heart of the Peruvian rainforest to the Pacific Ocean, collapsed in the Amazon region, at kilometer 440, and spilled into the Chiriaco River, in Awajún territory, about 2,000 barrels of oil. The accident affected 30 native communities y 7000 people, among them children, by the direct contact with the oil. It was not the only spill of this pipeline operated by Petroperu, the state-owned company. In 2016 there were 13 spills in different parts of the Amazon that poured about 8000 barrels of crude in the jungle. The Peruvian government declared in emergency the native communities affected by the spill, and the indigenous people fear for their future and for the jungle that is part of their worldview.
Community of Chiriaco, Amazonas-Peru. February 2016 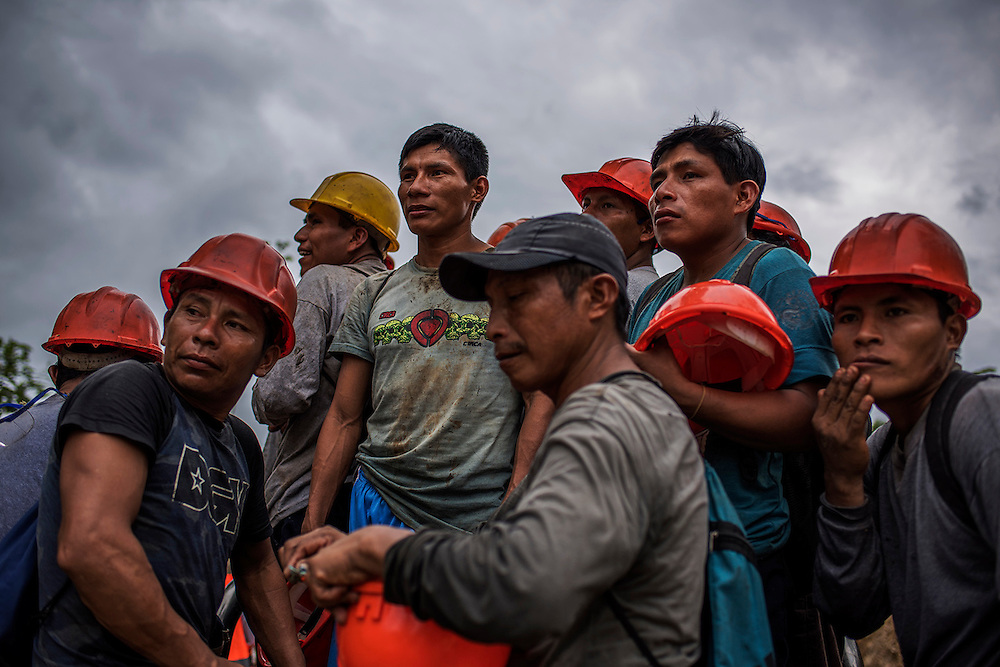